At the Isle of Wight festival with Rory- my photographer son- great company for me- maybe not so cool for him to be with mum…?! 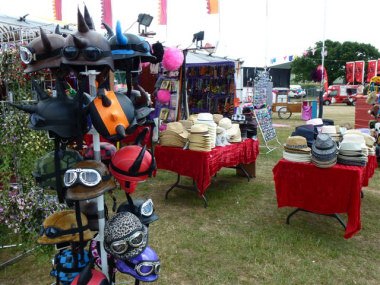 Got to festival early so browsed shops- hats, hats and more hats of all sorts- and "festival looks" such as tutus and "one-sies" 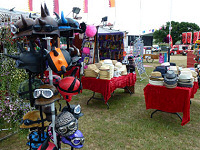 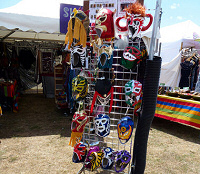 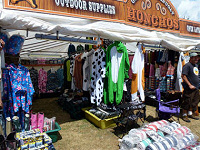 Some hat wearing examples I spotted 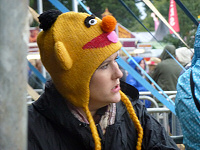 And I’m especially loving this look! 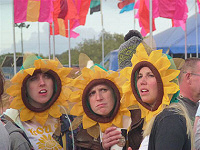 To
Men in kilts, diamante handbags sporrans….. should always be careful how they sit…..

So civilised in the VIP tent- a bit like turning left on a flight! 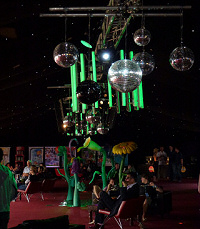 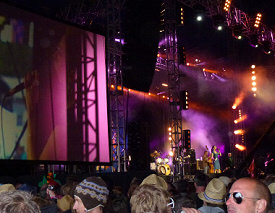 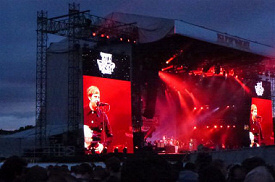 And the rain came- it didn’t dampen the atmosphere or enthusiasm but did change the style stakes….. 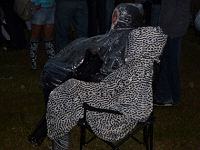 Tomorrow the acts I am most looking forward to are:
Mike and the Mechanics, Seasick Steve, Iggy and the Stooges, Pulp, Foo Fighters and ……. Tom Jones!

Lying in sun first on grass listening to the band Hurts- I hadn’t heard of them before- but what would I know? Oldy that I am… They were great- loved them. 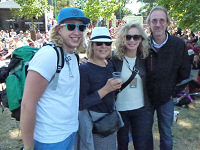 to watch their son Harry’s band Stereo Son – Angie was telling me that Harry has produced N-Dubz and Mike and the Mechanics and I think I may have heard her say Eric Clapton too. He’s definitely someone to watch out for. 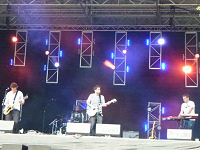 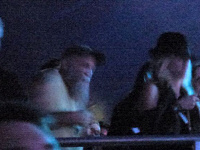 Kate Moss with her Hen Weekend girlfriends were dancing on stage with him at one point in his act too.
KM1 and KM2 were buggies designated to ferry the Kate Moss posse around from bar to stage to stage and back again! 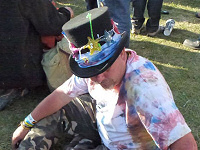 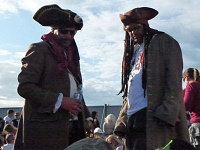 Feathers trend big- on hats and as earrings 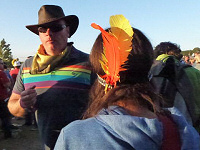 As mentioned before you always see fairies at festivals

And, well what can I say? …good legs?

Had to see Iggy Pop as he’s a legend 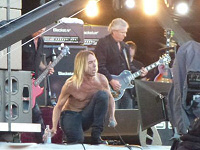 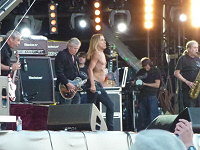 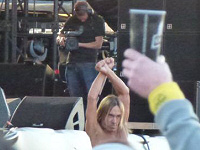 Then – as I always listen to my son!- I went back to the Big Top tent to watch Chase and Status… Amazing… so good… I’m way too old to love listening to them just as music but experiencing them live was something completely different. Have never seen soooo many people in the Big Top Tent and around it. Like one huge Mosh pit 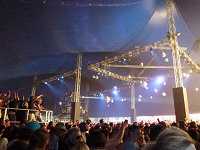 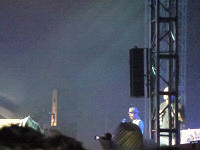 stood watching with a crowd just near the stage at the tent door getting wafts of steaming bodies from within.

Stayed there for Tom Jones 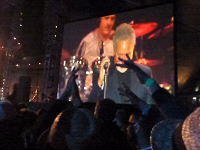 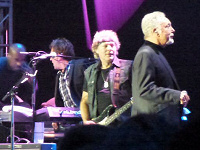 and then returned to the main stage for Foo Fighters. Sadly missed Pulp- would have enjoyed them.

And the rains came… 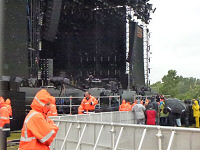 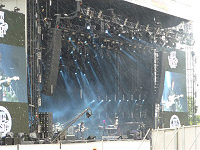 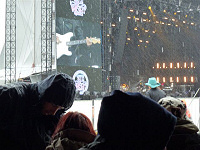 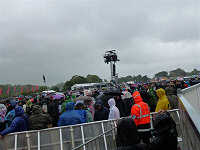 Drier in the VIP tent though….. did remind me somewhat of a refugee camp full of soaking wet people rescued though into the warm embrace of alcohol, and hot yummy Jamie Oliver food 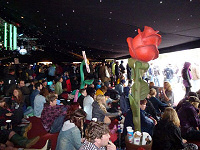 Wet weather style of all sorts… 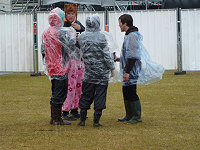 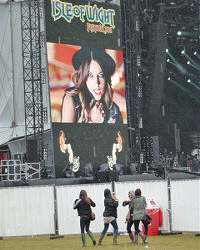 Sunday: bleak grey and raining – not normal rain but that sort that comes in horizontally and completely soaks.

Not only raining but cold and windy too.

Favourite acts of the day were Jeff Beck – as my son said – a legend- who played fantastic John Mayall/Eric Clapton style bluesy-rock.

And then Plan B who I stood out in the rain to watch. Ben Drew is so talented and diverse in what he can do from rap to hip-hop to reggae to soul.

Absolutely loved the beat-box guy Faith SFX who warmed up for Plan B and then duetted with him, so cool……

By the time the Script came on we were so wet and cold that we went home but I can only say "all respect" to those who stayed the course to watch the closing act Kasabian.

A great weekend and looking forward to next year!