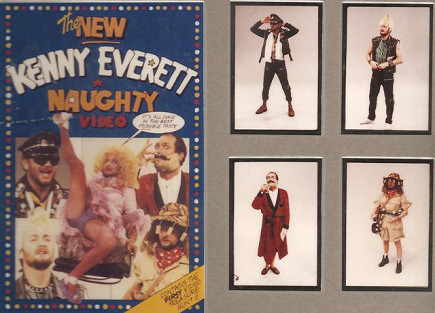 As there is a whole TV night tonight about the late comedian, Kenny Everett, I thought I would mention that…….. In the 1980's, when I was styling celebrities and designing costumes for Films, TV series and commercials, I created many of Kenny Everett's famous characters together with him and his TV series producer Ray Cameron. The late Ray Cameron is Michael Mcintyre's dad, and Ray, Kenny and Kati (Ray's wife and Michael's mum) and I all hung out together. I still have the video of myself and Kenny in his dressing room dressed in “all in the best possible taste” – dress and frilly knickers! Kenny will always be sorely missed. He was such an amazing talent.